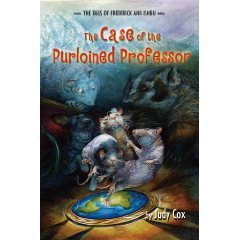 The Power of Fan Mail 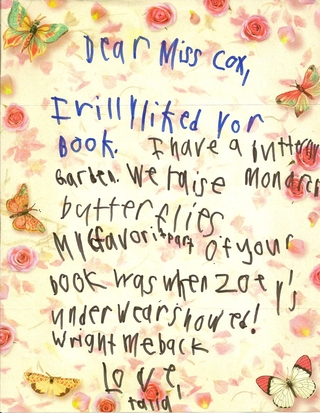 The text you type here will appear directly below the image
I recently got a couple of fan letter—emails, actually—about my Tails of Frederick and Ishbu books:

“Are you going to make any more Frederick and Ishbu adventure books? I read both of those books in two days, so could you at least think about it?”

For those of you who don’t know, there are currently two books in the series. The first, THE MYSTERY OF THE BURMESE BANDICOOT came out in 2007. It introduces rat brothers Frederick and Ishbu, who live in a cage in Miss Dove’s fifth grade classroom. Ishbu loves marshmallow treats and carrot sticks, and Frederick loves geography. During their sojourn in the class, Frederick has learned to read. When the two rats are called to save the world from the evil mastermind (a blind, albino opossum named The Big Cheese) Frederick’s reading skills—and the fifth grade education he’s received—save the day.

The second book, THE CASE OF THE PURLOINED PROFESSOR, came out in 2009. It can be read on its own, although it includes several continuing characters. The lovable rats must again save the world from the Big Cheese and his gang, the Bilgewater Brigade.

Both books received good reviews and THE MYSTERY OF THE BURMESE BANDICOOT was awarded “Book of the Month” at a library in Wellington, New Zealand! Some fans in Prince George, BC invited me to come and visit their schools, and I had a marvelous time.

I loved writing those books, and I was heart broken when my publisher decided not to publish any more in the series. According to them, the books didn’t sell well enough.

Fortunately, I have options. With new technology, I don’t need a publisher; I can bring the third Frederick and Ishbu book out on my own. It’s truly a labor of love.

At the time of this writing, THE CASE OF THE PURLOINED PROFESSOR is still in print and is available from Amazon.com and all leading bookstores. THE MYSTERY OF THE BURMESE BANDICOOT went out of print in hardback, and I brought it back out in a paperback edition with my own cut paper artwork on the cover. It’s also available on Amazon.com.

I hope to have the third book finished by this summer. (Keep your fingers crossed!) So keep those cards and letter coming, folks. You inspire me.
Read More
Be the first to comment 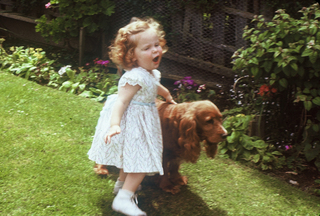